Stephan's Monster RELEASED AND OTHER UPDATES!

Stephan's Monster is now live! It is also currently 10% off 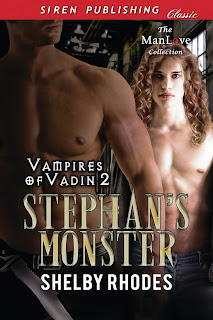 Jayden knows he's a monster. The people he killed were horrible, but it didn't change what he was. And being taken in by Stephan Everwood at fifteen hadn't change his homicidal tendencies. Yet ten years later he finds himself struggling to be someone he's not. Then, despite thinking he lost most of his emotions years ago, Jayden discovers that not only is he not as empty inside as he thought, but that his monster is more present than ever before.

Stephan freely admits he has some issues. His self-doubts could be unrelenting and Stephan's need to fix things tended to go too far. It blinded him to Jayden's struggles. In the end, his refusal to listen to what Jayden was trying to tell him has unfortunate results. When Stephan finally accepts who Jayden is, he must als face all that he had locked away inside.

Their difficulties brought them together. Their love healed them. And when the past tries to tear them apart, their darkness saved them.

I am currently working on Sin's Thief the 3rd book in the Vampire of Vadins series. I should be finishing up with that by the end of the month

It will be an inside look into Adrian's frustation during his attempts to seduce his very stubborn Bodyguard Xavier. Rather than a short story it is more diary entries.  Though I do have some short stories I plan to write in the future! 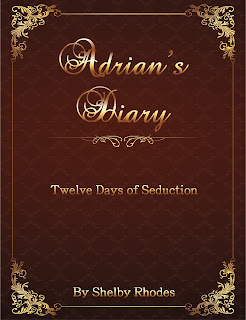