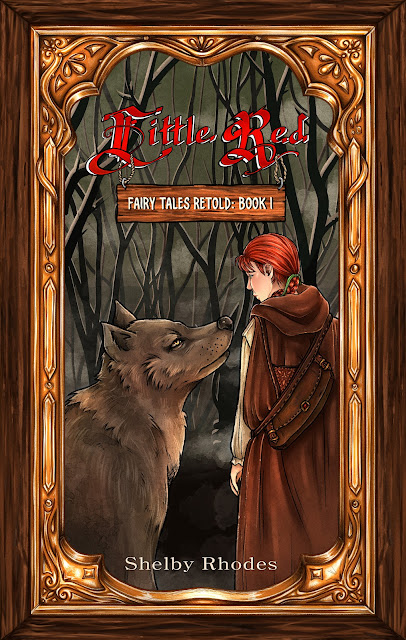 Blurb:
Follow along and you will see a tale retold in a world of unimaginable creatures, gods, and goddesses. A world filled to the brim with magic. Our story begins with a sorcerer with too much power without the age to match.

Ryder, our hero, who just so happens to be a painfully short redhead, has found himself burdened with the fates of thousands, in a life where he has so far received very few answers. In order to find the cure to the plague that has overtaken the Kingdom of Solais, he sets off on a quest to seek out his slightly crazy grandmother, in the Yore Forest.

Add in one flirty, handsome werewolf Prince, a sarcastic sorcerer-hating werewolf, some full-blown insanity, and a bit of magic, and Ryder finds his momentous task doubling in difficulty and stress. But all is not what it seems, and sometimes life takes you to places you never wished to stand. In the end, Ryder's decisions and paths are not choices but destiny. And in said destiny lies insurmountable magic, death, and maybe even love.

COMING JANUARY 30th ON AMAZON AND OTHER EBOOK RETAILERS!
Little Red will also be available for print shortly after release!
at January 27, 2022
Email ThisBlogThis!Share to TwitterShare to FacebookShare to Pinterest